I know it's been *literally* forever since I've written on this blog. Don't worry, though, I've been watching Kdramas continuously even though I haven't been writing about it lately.

Right now I'm watching It's Okay, That's Love, Triangle, You're All Surrounded, and Surplus Princess which is the drama I'm here to discuss with you all. It's a bit eccentric, a lot cute, and exactly the type of drama I love. If you like comedy, romance, magic, and colorful sets and fashion, then I recommend this drama to you. 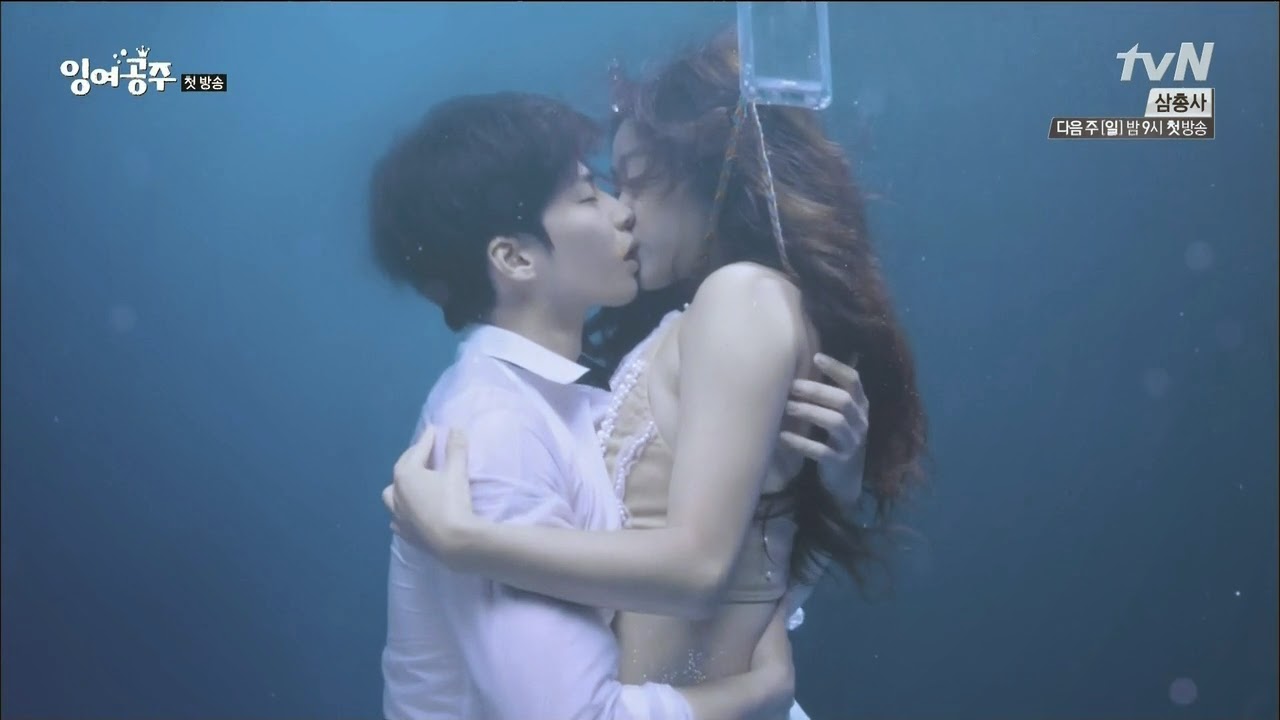 I know the big question we're all dying to find out the answer to is whether Kim Ha Ni (Jo Bo Ah from Shut Up Flower Boy Band) will end up with the apple bottomed Kwon Shi Kyung (Song Jae Rim) or the adorable unemployed Lee Hyun Myung (Oh Joo Wan).

Here's where I stand: TEAM HYUN MYUNG! 100%. I know that Song Jae Rim is about twice as hot, and Shi Kyung is obviously the more attractive candidate because he's a successful chef, but Ha Ni is looking for pure, true love not sex. Hyun Myung's past relationship is proof that he can give his all to a girl that he loves, and I feel the chemistry between him and Ha Ni.

I'm not sure where this will leave Shi Kyung. He suffers from the strange illness of not remembering people's faces (cough Nice Guy cough), but it's seems more inconvenient than debilitating in his case. I think that Ha Ni could make him laugh and open him up to have more fun, but maybe he needs more of a serious life partner. I'm not suggesting that he gets with Hyun Myung's gold-digging ex, but, if she can learn to look beyond money and power, then maybe there could be something between them.
Also, you know I love that Kim Seul Gi is in this show. She's so spunky and awesome. I still remember the first time she came on screen in Flower Boy Next Door with those bags under her eyes and her screaming fits. I am so glad she's getting ample screen time in this drama.

Viki.com is diligently subbing episode 8, and I hope to watch it tonight!
Posted by Kdrama Therapy at 6:33 PM 3 comments:


So, if you follow me on Tumblr, you may have noticed that I recently posted my updated Asian Drama List (click here to view on blog) (click here to view on tumblr). I got a great response from it, and a lot of suggestions. I thought I would share them with you all because you might also be looking for suggestions, or you might have even more to add to the list. Disclaimer: As I stated above, these are suggestions that I received from my awesome tumblr chingus, and, while I trust them with my heart, I cannot vouch for the quality of all these dramas because I haven't watched them, hence the reason they were recommended to me. If you want to see my recommendations and VVIP dramas please look here or read my reviews here.

Taiwanese, Chinese, and other Asian Dramas:

The Best Taiwanese Drama Ever: In a Good Way

This is just a super quick post because I feel compelled to let everyone know about this Taiwanese drama titled In a Good Way. It's not your typical Asian drama. Yes, it is a coming-of-age tale about romance and friendship, this is nothing new or groundbreaking, but this story doesn't fall victim to the typical tropes and tricks. For example, the 2nd female lead is not an evil witch who's trying all means to separate the leads. She's a sweet girl who gave up on her first love, Liu Chan (Lego Li), so that her new best friend could follow her heart. Honestly, I really ship Jia En (Kirsten Ren) with Bai Xue (Smile Weng), they are a sweet girl couple. The tearful moment in episode 13 when Bai Xue told Jia En that she is her best friend, and she will never let this come between them was so emotional and real, I felt like I was part of their intimate conversation. This drama is blowing me away.

Any way, this drama is just over halfway through, so there are many more episodes to fill with over-the-top plot lines. I hope that the writers hold true to the feeling of this drama so far. I am rooting for every character, and I ship them all: Liu Chan and Jia En, Jia En and Bai Xue, Bai Xue and Ren Wei, etc. I can't wait for the next episode to air each week. This drama is probably going to crack my VVIP list by the end. Does anyone else agree with me? Or is there someone who disagrees? (WHY WOULD YOU?)

Watch it subtitled and free on DramaFever.
Posted by Kdrama Therapy at 10:05 AM 4 comments:

The Best Korean Dramas of 2013 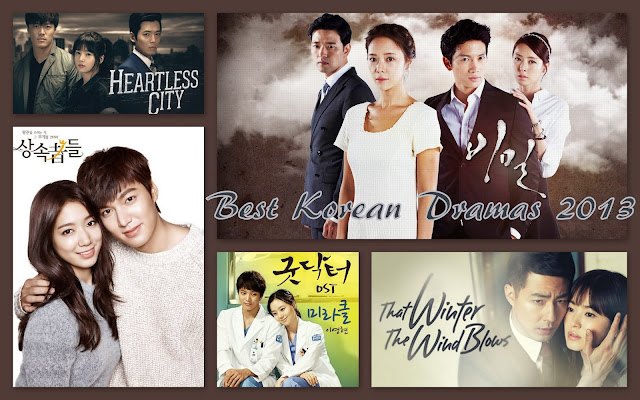 Annyeong! It has been a hot minute since I've posted last, but here I am sharing my year's Korean drama-watching work. This year there was a good assortment of dramas to suit viewers' varying taste buds. This year also featured some of the most hyped Kdramas ever (Gu Family Book and The Heirs). Even though I found some great dramas to watch in 2013, not every drama was watchable. So, look forward to my "The Worst Korean Dramas of 2013" list in a few days. But, let's get back to positivity and celebration for now. Here's to an even better year for dramas in 2014!

5. That Winter, the Wind Blows

That Winter, the Wind Blows was the first, what I consider, "blockbuster" drama of the year. It features Jo In Sung, Song Hye Kyo, Jung Eun Ji, and Kim Bum. The music was divine (download the OST here), the aesthetic was soft and breathtaking, and this drama, while not the best of the year, was never dull. Read my full review here.

Good Doctor fills the void of feel good medical drama better than any I've seen before. The chemistry between Joo Won and Moon Chae Won made the fact that Park Shi Won (Joo Won) was autistic seem like just another obstacle that any couple faces. I am pretty sure that I cried at least once during each of the 20 episodes of this sweet drama.


When I first started watching The Heirs/ The Inheritors, I was in disbelief. I had a hard time accepting that Lee Min Ho was still playing a high school kid (he's 26 now!). I was also put off by the strange scenes that they filmed in California. I decided to let my skepticism go, though, and allow the story to wash over me. This drama is a blatant combination of all things that viewers want to see, rich kids, love triangles, birth secrets, Cinderella story, coming-of-age, I could go on for pages. What I think makes this drama great, though, is that the actors managed to shine through the achingly cliche plot lines and dialogue to show us genuine feeling and the pain that comes with transitioning from childhood to adulthood no matter how rich or poor you are. Also, the sheer volume of popular Korean actors is enough to make my list, The Heirs had Lee Min Ho, Park Shin Hye, Kim Woo Bin, Kang Min Hyuk, Krystal Jung, Choi Jin Hyuk, Lim Ju Eun, Kim Ji Won, and Kang Ha Neul... MIND BLOWN.

Heartless City/ Cruel City was the drama that I looked forward to watching the most every week while it aired. It was the most exciting and sexiest drama of the year, in my opinion. It wasn't, though, an epic romance drama. There was a strong connection between the two leads Jung Kyung Ho and Nam Gyu Ri, but it seemed more like a plot-driving relationship than an a heart-wrenching love like the one from my number 1 drama of the year. Read my full review of Heartless City here.

Ahhh yes, Secret Love, what year of drama isn't complete without a high-intensity melodrama? My year certainly wouldn't have felt complete without Secret. Hwang Jung Eum pulled off her best performance yet as the wronged Kang Yoo Jung who lost years of her life in prison, her son, and her bright-eyed optimism. Yet, she was able to love again and make the best decision for herself and her child. I just loved this drama and it's fast moving action and romance.

What were your favorites?
Posted by Kdrama Therapy at 9:48 AM 12 comments: 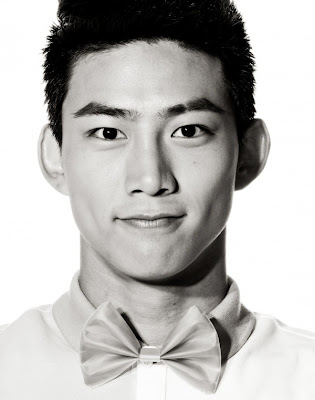 If you've watched We Got Married: Global Edition, then, like me, you may have noticed Ok Taecyeon's dorkiness. He has a very cautious and logical approach to things, and he is easily embarrassed. At first I thought it might just be an act because just about everything else about WGMGE seemed so scripted and planned, but since he held so strong to that trait all the way through the series, I would like to think he's at least a bit like in the show. On the flip side of his geekiness is the greased up sex god that comes out when he's performing with 2PM or working modelling jobs.


I think his drama persona is so different from his musical persona that I wonder who the true Taecyeon is. Either way, I think that his acting in Dream High and in Who Are You is great, and I want to see more of his acting in the future. Also, we got a taste of his music and lyric writing talents in WGMGE and I was impressed by that. A man who can write a good love song is very attractive.